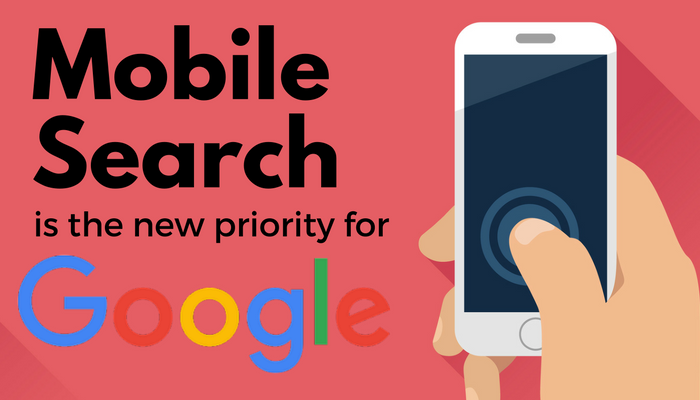 Google has teased on the 13th October a new change to how they will be crawling the web, with their new Mobile-first Indexing update. They have now officially announced the change. Currently, Google indexes the desktop version of the webpage, but serves a mobile version for those searching on a mobile device. In the future, Google will reverse this process, and index the mobile version first. This has significant implications for those who may have streamlined mobile versions of their pages.

Google spokesperson, Gary Illyes, has hinted a few times over the past year that a separate mobile index was in the works, but that they are having some issues getting it to work, primarily because the loss of “tokens” or data that happens between mobile websites and desktop websites due to the more streamlined mobile versions. It would seem that they have overcome this issue with the separate mobile index by changing to a mobile-first indexing approach rather than having two separate indexes, although as you will read later in this article, Google has not ruled out separate indexes just yet.

Over the past week, SEO’s have been grilling various Google spokespersons on Twitter, revealing some useful insights to the new update. This, coupled with their official announcement post provides enough information to fully prepare yourself for this update.

According to their announcement, more people are using Google on a mobile device, than on a desktop. Unfortunately, Google uses the desktop version of the website to evaluate its relevance to the user, and ultimate decide on its ranking position.

This can cause issues when the mobile page has less content than the desktop page because our algorithms are not evaluating the actual page that is seen by a mobile searcher.

To resolve this dilemma, Google has begun experiments to make their index mobile-first. Their search index will continue to be only a single index of websites and apps, but their algorithms will (once fully rolled out) primarily the mobile version of the website’s content to rank pages, assess structured data (remember, when using structured data it needs to be visible on the webpage), and to show snippets in the search results.

Google said in the blog post that while their small-scale experiments will continue over the coming months, before ramping up the change once they are confident of a great user experience.

In order to help webmasters prepare for the upcoming change (which has currently been rolled out in a few select locations), they have provided some guidelines to follow:

#1 If your Mobile and Responsive website are the same

If your current responsive website, or your dynamic website currently has identical content and markup for both your mobile and desktop version, you should not need to change anything.

#2 If your Mobile and Responsive website are not the same

If you have a website where the primary content and markup is different across mobile and desktop, then you will need to make changes to your website:

Google recommends that you should: